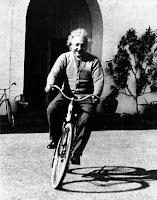 About five years ago, I filed my papers to officially become an old guy. I was married with a kid. My back kinda bugged me all the time. I considered myself lucky to get a surf in bi-monthly. And while I wasn’t fat, I certainly wasn’t working too hard to fight my slow-growing tummy pudge.

Then the shit hit the fan.

I say this figuratively, of course, although I wish it would have happened literally. Being covered with aerated excrement would have been an improvement on what I went through for the next four years. First came the divorce (which you can read about here). I looked to exercise for solace as my world crumbled around me. Unfortunately, hitting the weights that hard (I needed solace by the bucketload) caused my back pain to skyrocket. Turns out, I had a cracked L5 vertebrae.

Round about the time I got that under control, spurs on my femur tore off the labrum in my hip and a SLAP tear presenting in my right shoulder. To round things out I got a nasty case of tennis elbow, which stemmed from a degenerative disc in my upper back. And I’m not even going to get started on all the emotional crap that oozed through all these physical cracks and rips and tears. Suffice to say, there were days… no, scratch that… there were months I would just lie in bed, struggling to be comfortable, feeling truly broken–and very, very old.

It all came to a head one day during a visit to one of the many physical therapists I would visit seeking solutions. We were negotiating when I could get back in the water. In a gesture I make repeatedly when arguing with my nine-year-old daughter, he threw up his arms and sighed, “I don’t know if you should ever plan on surfing again. Face it, Denis, you’re getting older.”

Although he didn’t intend it, he had said the perfect thing. My body had been telling me this in an even more dickish way, but hearing it in black-and-white instantly galvanized me. Eff you broken-down body. Eff you well-meaning-but-ignorant physical therapist. I’m not done rockin’, so quit knockin’ me down.

And that’s what separates us for the other couples who climbed on the arc. Humans have in them the drive not just to survive, but to thrive–no matter how gray their beard gets. I’ve been thinking about this a lot this weekend thanks to a couple little news items you might have missed if you blinked your eyes. (Unless, of course, you follow my fellow nerd/old guy Steve Edwards on Twitter, in which case you have all the straight, albeit obsessive, dope.) 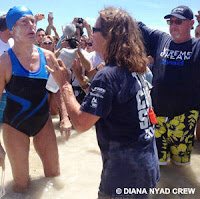 First, there’s the news that Diana Nyad became the first person to ever swim the 110 miles from Cuba to Florida, unaided by a shark cage. It was her fifth try. Oh, and one more thing. She’s 64-years-old.

As she stood on the beach, exhausted, sunburnt, face swollen from jellyfish stings, speech slurred from fatigue and toxins in the sea water, this is what she said, “I have three messages: One is, we should never, ever give up. Two is, you are never too old to chase your dream. And three is, it looks like a solitary sport but it takes a team.“

But the stoke doesn’t stop there! The second news item involves Chris Horner who, at this writing, is leading the Vuelta a España, Spain’s grueling version of the Tour de France featuring three weeks of hard riding and, to my knowledge, no afternoon siestas.

But here’s the twist. Horner has been a pro rider for almost 20 years. He’s 41-years-old and it looks like he isn’t winding down anytime soon. Last year, he told Cycling News, “It’s been a fun career. I’ve no plans of retiring at the end of the year. I plan on going until I have an injury that keeps me from going on or age catches up with me. I know it will. But I’ll continue to go on for as many years as I can. I love the sport, I love doing it.“

I’m particularly thrilled by Horner’s achievement given my latest passion happens to be cycling. It turns out I’m still not surfing as much as I vowed on the PT table a few years back, but that’s purely because I’ve been spending all my free time on my bike–this Labor Day weekend I logged in about 100 miles. Although I can be pretty spry once those pedals start pumping, I’m no Chris Horner. That said, I still have a full head of hair, so take that, Red Jersey Boy. Furthermore, I consider this weekend to be my personal Vuelta. In fact, I consider every weekend I go for a few long, hard rides to by my personal Vuelta, along with every wave I surf, every yoga vinyasa I glide through, and every time I throw my daughter in the air when we’re disco dancing in the living room. These are all things that Old Me thought he was about to give up. Young Me has no intention of slowing down. (Although this incarnation of Young Me is slightly different from the Original Young Me in that I’m truly grateful to be able to do what I do. I’m sort of Young Me 2.0.)

Beyond the age issue, as much as I love Diana Nyad’s story, Chris Horner’s story means more to me. I love the idea of a dream being realized, at any age, but Horner’s achievement isn’t about a single pie-in-the-sky goal. It’s about doing the best you can and not taking “No” for an answer 24/7. It’s about finding victory in the awesome things you achieve every day–and doing the work so that you can keep doing those things.

Although I may creak and pop a bit more and it takes me a little longer to warm up, at 43, I’m in the best shape of my life. I’m ready for my next Vuelta.