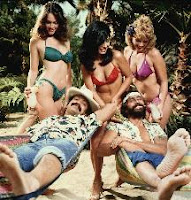 Stress much? Well, knock it off! All that hand wringing and gnashing of teeth is doing you nothing but bad. Here’s a short list:  it causes hormone imbalances, messes with your sleep, causes you to age prematurely, blocks your poop shoot, ruins your personal relationships, and it’s just a generally crappy state of being.

The solution is obvious. Fly to a four-star resort on a small, tropic island, and relax on the beach while a gorgeous, half-naked server of your gender preference brings you fruity drinks and massages your feet.
Of course, this is easier said than done, especially if your Lear jet is in the shop. (Mine breaks down all the time.) But fear not, the white coats at The Nutrition Nerd Research Labs are hard at work on Plan B–and we’d like you to be our Guinea Pig, so…
Welcome to The Relaxifier: A 3-Day Stress Detox.
The goal of the Relaxifier is to temporarily eliminate multiple sources of stress in your life, as to offer a reboot and some perspective. The seed of the idea comes from my own experience. As a chronic stress monster, I often use many of the components below to keep from swallowing the mortal souls of my friends, family, and co-workers.
Keep in mind that some of these activities might actually be beneficial in normal life—heavy exercise, for example. But this is a temporary detox, so different rules apply. It’s almost as if we’re trying to over-relax you, as to create some kind of balance. Here’s how it works:
If there’s something on the list that you need to modify to suit your needs, you have my blessing. (In fact, I’d love for you to write in and tell me what you changed and why.) At the same time, put some serious thought into why you’re changing the rules. For example, if you decide you want to watch a really gnarly horror flick despite my advice under Mood Media, I can dig that. On the other hand, if you don’t want to take the advice under Serious Sleep simply because it might require too much effort, then you need to buck up, Bucky! Speaking of which…
1. Serious Sleep. A lack of sleep can have a strong impact on the endocrine system. For those of you trying to control what you eat, it torques both leptin and gherlin, hormones that play a major role in controlling appetite. Also, when you don’t sleep, you feel like crap.
There are all kinds of things you can do to improve sleep. Get all the extra electronics (especially your phone) out of the bedroom. Establish a sleep schedule. And my big trick: never try to sleep. Just hop in the sack and enjoy the ride. When I’m stuck awake, I resign myself to the fact. I say, “I can’t sleep. Bummer. Oh well, I’ll just lie here and be comfortable.” For some reason, relieving myself of the burden of slumber works like a charm and I typically drift off in ten minutes. For more detail, here’s an article I wrote recently with all kinds of sleep tips.

2. Mellow Meditation. It’s not just for swamis anymore! Even the Mayo Clinic admits that meditation is a great tool for relieving stress. I’m a fairly regular meditater–15 minutes of Zen every morning–or at least I try for 15 before my dog Bruce sticks his nose in my face and demands to be fed. If you want to go down that path, I recommend checking out Jack Kornfield.
However, learning to meditate takes time. You might not be able to get your ohm on in time for the Relaxifier. Also, you may have concerns that meditation leads to eternal hellfire and brimstone and all that. Either way, I’m not going to ask you to shave your head and sit cross-legged atop Mount Kilimanjaro for hours at a stretch. (Heaven forbid you sprout a third eye.) Instead, I want you to allow yourself a 15-minute block every morning to just relax and let your thoughts flow. This might mean sitting peacefully for 15 minutes with a cup of tea. It might be 15 minutes of weeding in the garden. It’s an opportunity to be conscious and calm before the rush of the day begins.
3. Easy Exercise. For the three days of the detox, keep workouts light. Avoid the stress to the body caused by heavy exercise, but take advantage of the fact that exercise releases the feel-good hormone serotonin in your brain. What’s “light” really depends on your fitness level. If you’re not sure, I’d suggest either a light stretching or yoga routine, or a solid walk.
4. Cease Caffeine. Caffeine is a stimulant–and stimulation is a kind of stress. While I advocate caffeine in moderation for most people normally, cut it out for the detox.
Note that this action point will probably be the hardest one for many people—and the only one that requires advanced preparation. If you’re a serious coffee achiever, you’re probably going to get a headache when you stop, which is not relaxing at all, so give yourself about a week to get over withdrawal before starting the Relaxifier. If that’s just not going to happen, get yourself to the point where one or two cups of green tea will scratch your caffeine itch. 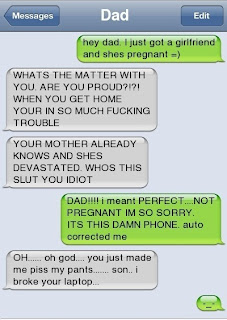 5. Rage Redirection. It’s important to honor your emotions. At the same time, tearing people’s heads off when you’re pissed off never pays off, unless they’re zombies.  Usually, lashing out just creates more stress in the long run.  At the same time, anyone who’s ever seen a Rambo movie knows what bottled up stress can do. So if you’re angry, write it down in a journal, or write an email and save it as a draft for 24 hours. If you’re still compelled to send it, send it to a trusted confidant with an explanation instead of sending it to its intended recipient.

And never, ever, ever text while angry.

6. Notched-up Nutrition. If you’re on a calorie deprivation diet—or any other kind of deprivation diet (fat, carbs, etc.)—stop during the Relaxifier. Calorie deficits are fine for losing weight, but they do put the body in a state of stress. Same with low-carbing. Converting proteins and fat to glucose is a back-up system. It added stress to energy generation. For three days, eat a balanced diet at a calorie level that roughly matches your caloric burn. (A quick simple way to figure that out is to multiply your weight by 15.) But, personally, I wouldn’t stress about calories. (See what I did there?) Instead, fill your diet with fresh fruits and veggies, lean protein, and good fats like raw nuts and avocados. The calories will take care of themselves.

And while you’re at it, dial up your antioxidant intake. Load up on vitamins A, C, E, and K. Our bodies function in part thanks to a constant loop of chemical reactions call redox (for reduction-oxidation) reactions. When we’re overstressed, the oxidation half (which is the same reaction that creates rust, for the record) overwhelms the reduction half. This can cause all kinds of issues, the scariest of which is cancer. Anti-inflammatory omega-3 fatty acids (fish, flax, and chia seeds) are another great thing to eat during the Relaxifier since inflammation is another well-established stress response.

7. Mood Media. Many holistic practitioners suggest happy, non-violent movies, books, and television shows to alleviate stress. I won’t go so far as to suggest you eschew Road House for Dirty Dancing(unless that’s how you roll.) Instead, just focus on media that makes you feel good. Personally, I find a good shoot ‘em to be cathartic. On the other hand, horror movies tend to raise stress levels and leave you feeling freaked-out, so I don’t really recommend those.

Same with reading. I read the newspaper because I like to keep up on current events, but it’s not all that relaxing, so when I’m ready to just let go, I’ll grab a celebrity autobiography. (Just finished William Shatner’s fourth memoir, Up Til Now. When you’ve loved and lost like the Shat…) As long as it puts you in a good mind frame, it’s a winner. Don’t worry about what you should watch or read. Focus on your bliss.
•••
That’s the Relaxifier so far. Please give it a go and tell me what you think.