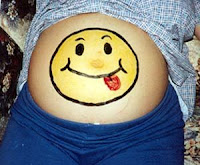 Yesterday, we talked carbs, protein and fat. Today, I’d like to look at vitamins and minerals. Is your #2 pencil sharpened and ready? Let’s begin.

With a few exceptions, such as vitamins D, E, and K, micronutrient needs tend to increase during pregnancy. While you always want to look to whole foods for your nutrients, a solid prenatal multivitamin is also a great idea. Why not just a regular multivitamin? Well, why not use a BMW 7-series to tow a harvester? It’s a great car, but that’s not what it’s designed to do. Similarly, different multis accomplish different tasks. Prenatal multivitamins put emphasis on micronutrients important to baby building, such as iron and folate. They also low-ball vitamins that may be problematic while pregnant, specifically vitamin A, which can be teratogenic, meaning it can cause malformations of the fetus.

I imagine that vitamin A comment created a red flag for some of you ladies, so let me take a moment to address it. While too much vitamin A can be a problem, you still need some because it plays a major role in embryonic growth. While pregnant, just try to keep below 3000mcg (10000 IU) of preformed vitamin A daily, which is the kind you find in animal sources such as liver. (That means one 3-ounce serving or less.) Provitamin A sources like beta-carotene and other phytonutrients that help your body make its own vitamin A (which you’ll find in plants) are fine.

The ones you really, really need

Three nutrients to be especially mindful of during pregnancy are iron, folate, and calcium.

Iron is vital for the formation of hemoglobin, as well as the development of the fetus and placenta, so the RDA shoots from 18mg to 27mg a day, but I’d aim more for 40mg to 80mg, especially in the last two trimesters. The iron you find in animal sources such as beef liver and shrimp, called “heme” iron, is more bioavailable than the “nonheme” iron you find in plant sources such as dark leafy greens and tofu. So if you’re a vegan or vegetarian, go gonzo on your salad intake.

Also, if you just can’t kick your sweet tooth, here’s a hint. Blackstrap molasses contains iron, so use that to sweeten your herbal tea or smoothies—just don’t get too carried away.

As for folate, the RDA for pregnant women is 600 mg daily, but some experts feel 800mg or 1200mg are better numbers.  When mamas don’t get enough folate, particularly in the first trimester, their babies can end up with a spinal cord and brain issue called neural tube defect, so I don’t see the point in skimping. You’ll find folate in dark leafy greens, lentils, beets, and most beans.

I saved calcium for last because it’s a weird one. According to a longitudinal study out of UC Berkeley, when compared to non-pregnant women, pregnant women absorb calcium more efficiently and their urinary calcium loss decreases. In other words, their bodies know what to do in order to better utilize calcium. Unfortunately, as is often the case with humans, sometimes their brains don’t get the memo. A lack of calcium is a common problem in many women’s diets. While the RDA for calcium doesn’t change during pregnancy, you can’t mess around with this mineral. If you don’t get enough, your body will leach it from your bones to provide for your developing child. I suggest about 1000mg in the first trimester, edging up to 1600mg by the end of the pregnancy.  Again, leafy greens are a great source of calcium, as are whole, organic dairy and soy. Because magnesium is an important balancing mineral for calcium, you’ll want to include about 3 parts calcium to 2 parts magnesium in your diet. Dark leafy greens (surprise!) and seeds are great sources of magnesium.

You Nerd Herders tend to be a wonky lot, which is why I made a point of listing all those numbers, but don’t let it stress you out. As I mentioned before, pushing out puppies is stressful enough as is. So if it helps, instead of micromanaging your micronutrients, just make sure to fill it with organic complete proteins, fruits and veggies (especially dark leafy greens), beans, lentils, seeds, and nuts. That and a good prenatal multivitamin should do wonders.

So get out there and make some babies. After all, the world needs more Nutrition Nerds.