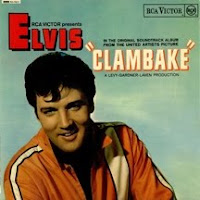 The cool part: Research in the New England Journal of Medicine used toenail clippings to determine mercury exposure from eating seafood in 174,000 participants. The resulting data shows that exposure doesn’t increase the risk of heart disease or stroke.

The lame part: Research in the New England Journal of Medicine was completely pointless.

As a fishatarian, father, and Fitness Nerd, I’ve researched on the whole mercury dealy-bob quite a bit and until Wednesday, I was completely unaware of the cardiovascular concerns associated with mercury in fish. In my mind, this study has a smoke-and-mirrors feel to it, like saying that sitting on a hot stove won’t effect your ability to juggle.

It’s tough topic to research at this point, given Google has been completely overwhelmed with press-releases about the government-funded report, but previously, I’d always read that mercury exposure affects the nervous system, as opposed to your ticker.

Here’s what the EPA warns about:

In addition to the subtle impairments noted above, symptoms of methylmercury poisoning may include; impairment of the peripheral vision; disturbances in sensations (“pins and needles” feelings, usually in the hands, feet, and around the mouth); lack of coordination of movements; impairment of speech, hearing, walking; and muscle weakness. People concerned about their exposure to methylmercury should consult their physician.

Even alarmist sources like the Environmental Defense Fund don’t mention it:

Mercury exposure can also harm adults. Symptoms can include numbness, burning or tingling of the extremities (lips, fingers, toes); fatigue; weakness; irritability; shyness; loss of memory and coordination; tremors; and changes in hearing and blurred vision. Extremely high mercury levels can permanently damage an adult’s brain and kidneys, or even lead to circulatory failure.

I didn’t find anything about cardiovascular issues in Wikipedia either.

No one argues that kids and pregnant and nursing women need to limit fish intake, but until now, my view regarding mercury and fish has been that if you’re a healthy adult and you’re not looking to make a baby, all the fuss over mercury is a bit silly. Sure, it’s worth being mindful of, but since the human body doesn’t need that much protein anyway, if you have a balanced diet that includes fish 3-4 times a week, you’re fine. Furthermore, the seafood that’s high in mercury, like swordfish and whale, also tends to be overfished or just nasty, so if you do well by the earth with your meal choices, you also do well by your body.

But now here’s this government-funded red herring of a study (Get it? Red herring is also a fish! I’m hilarious!) that doesn’t address the real issues people associate with mercury. Why do that? What are you trying to hide, fellas? Just when I was starting to trust The Man. Questions I thought were long ago answered are coming back to me. Who killed Kennedy? What’s at Area 51? Is Elvis still alive and, more importantly, does he eat fish?

This is completely unraveling my worldview.