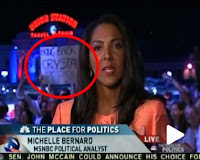 Hooray! Science has uncovered yet another scapegoat for what a fat, lazy society we’ve become. No, it’s not a new kind of corn-based sweetener and no, McDonald’s hasn’t finally started triple-sizing their meals. This time it’s your own, damn fault! That’s right. The blame lies in you. In fact, it lies in every, single one of your cells. According to researchers at the Department of Pediatrics at the University of California, San Diego, humans have an effed-up, mutant gene that makes us susceptible to obesity and diabetes.

In this study, which is the first to examine the effect of a human-specific CMAH genetic mutation in obesity-related metabolism and diabetes, Kim and colleagues show that the loss of CMAH’s function contributes to the failure of the insulin-producing pancreatic beta cells in overweight humans, which is known to be a key factor in the development of type 2 diabetes. This gene encodes for an enzyme present in all mammalian species except for humans and adds a single oxygen atom to shttp://www.blogger.com/post-create.g?blogID=114379802028075564ialic acids, which are sugars that coat the cell surface.

I don’t doubt the science in this. After all, science is always right, right? However, it amazes me that it took us this long to activate this dodgy gene. We made it through the fall of Rome, the Dark Ages, and rise and fall of Crystal Pepsi all in good shape. But now we’re fat. Sure, this CMAH might be problematic, but just about everyone you know has a messed-up gene or two. That doesn’t mean they’re going to succumb to them. “Oh well, I have a family history of blindness. I might as well poke myself in the eye with this pencil right now.” No! It doesn’t work that way.

So, the first time I hear some slob blaming their weight problem on the CMAH mutation, well, that’s going to trigger my DNA mutation – the, um POed@BS mutation – and I’m going to smack them down and feed them some salad.

So quit whining and take a lap.