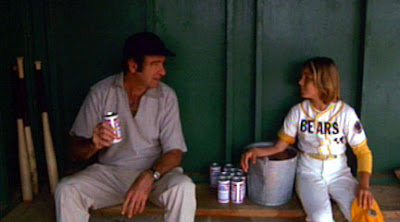 The USDA released its new Dietary Guidelines a couple weeks ago. They troubled me deeply because, well, I like them. That’s why it’s taken me so long to comment. One of the missions of this blog is to be the cynical fly in the hypocritical ointment that The Man claims will cure our nation’s nutritional issues. But the thing is, everything I read made sense.

What’s not to like? So, I decided to take a few days to see what the other cynics were going to say. Maybe they’d inspire me into the state of fear and loathing that’s typically the grist for my insightful, hilarious writing.

First off, my fellow Fitness Nerd Steve Edwards said this:

The 2010 Dietary Guidelines for Americans, released Jan ’11, are now highlighting the merits of vegetarian and vegan diets… This is good health news if ever I’ve heard some. Never mind that when George McGovern was put in charge of this task, back in the 70s, his research told him pretty much the same thing. When he tried to enact the changes, however, the meat and dairy industries lobbied to have him fired. They were successful and our food pyramid’s been championing way too much meat and dairy ever since. But, hey, better late than never right?

Sure, he belly-ached about how long it took them to endorse vegetarianism, but that’s because Steve is a grumpy old man. He’s like the Walter Matthau of the fitness world. Ultimately, though, he likes the guidelines.

And then there’s this attack over at Grist from blogger Michele Simon, who passively-aggressively admits that the guidelines are essentially good advice, but that they’re still pointless:

The time has come to ask, are dietary guidelines just another charade, a waste of taxpayer dollars? Who even pays attention, except for a bunch of dietitians, food industry lobbyists, the media (for about a minute), and a few policy wonks like me and my fellow Grist contributor Tom Laskawy? The general public barely notices; and after the initial media blitz, it’s back to business as usual for the next five years.

I’m wondering if Michele Simon has kids or, for that matter, ever was a kid. Let me tell you, babe, my first-grader looks to the food pyramid like it’s the Ten Commandments. She doesn’t really listen to her old man when it comes to eating right, but since they’ve started teaching her about fruits, veggies, portions, and calories in school – based largely off these guidelines – her outlook has changed and I doubt she’s the only six-year-old who feels this way. In this context, saying the guidelines are pointless is like saying Dick and Jane books are pointless. Just because you’ve transcended the need for this knowledge, oh wise and powerful blogger, doesn’t mean the rest of the country hasn’t.

Moving on, I had the honor of attending a conversation between Michael Pollan and Eric Schlosser the other night at USC. These guys are two of my personal heroes, so it was a thrill, kind of like if they made a movie where Captain Kirk and Batman teamed up to save the universe, Gotham City, or some combination thereof.

I was hoping they’d find serious flaws in the pyramid, but they really didn’t. More than one commentator has noted that the new guidelines basically plagiarize Pollan’s mantra, “Eat food. Not too much. Mostly plants.” The best he could really do is grumble that he feels they aren’t specific in trashing bad foods. He felt that the urging to avoid “sugary drinks” and “solid fats” wasn’t enough, but I can’t agree with that. I’m guessing that he feels the government is too scared to target, say, the cattle industry or the soda industry, but the website does clearly take a stance against “regular soft drinks” and various beef products. Furthermore, it wouldn’t’ make any sense for the general literature to get too specific because bad food has become so pervasive. If the guidelines targeted soda, people would drink sports drinks. If they targeted sports drinks, people would drink energy drinks. If they targeted energy drinks, people would drink Tang. I think “sugary drinks” is perfect.

I’m not sure what people want. If the government discontinued the guidelines, we would complain that they doesn’t care about the obesity issue. If Michelle Obama came into our homes and personally removed the soda from our fridges, we’d bitch and moan about that too. It’s easy to criticize the government. For those of us in the media, it’s a natural state of being. But sometimes we’re just shouting to shout because it sells papers or gets clicks.

So I’m not going to do that. For once, USDA, nice work.