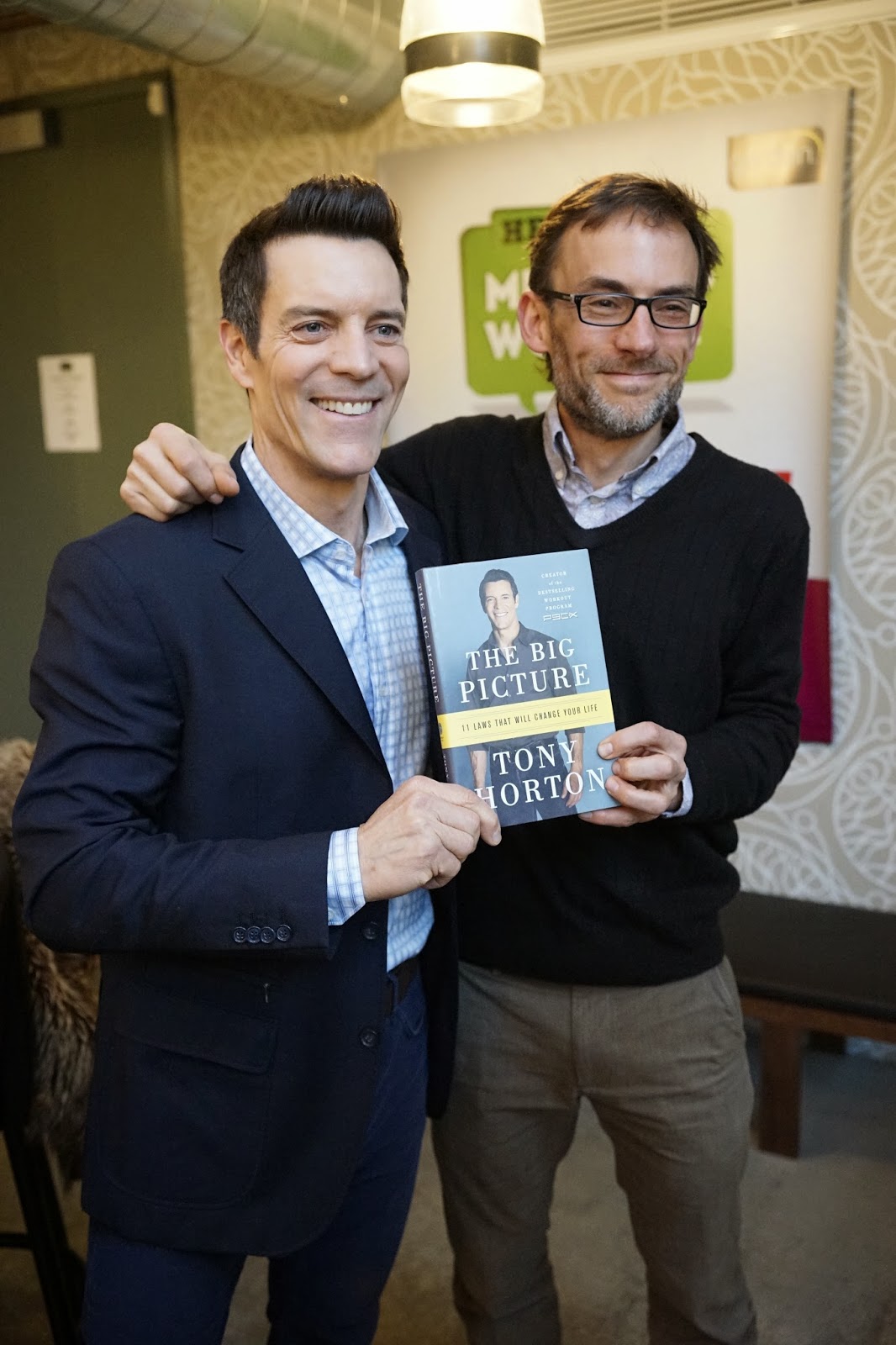 As regular Nerd Herders may know, I spent the better part of 2013 collaborating with Tony Horton on his new self help book, The Big Picture: 11 Laws That Will Change Your Life

I’ve worked with Tony for years, writing collateral and creating nutrition plans for his programs, including his P90X series, but this was different. We spent some serious one-on-one time together, so much so that he almost had my name embroidered on the back of the overstuffed chair in his living room where I would set-up camp in when I was there writing.

Obviously, Tony is well-established as a fitness expert. With this book, his goal was to up the ante, helping people not just physically, but mentally and emotionally as well. He did this by rebooting his 11 Laws of Fitness to function in a much broader context. My job was to help him parse through his knowledge.

It was a hell of an experience. From day one, Tony was willing to bare his soul in hopes of giving the best possible advice, sometimes admitting tough facts about his life (especially his childhood) that most people reserve for the therapist’s couch.

Other times, he’d get on a roll, just being Tony and cracking me up to the point of tears–and suddenly we’d both realize that his monologue actually contained incredible wisdom. Case in point, the legendary “F-16 Story,” an absurd, bodily-function-packed adventure about the time he achieved 8.8 g’s in a fighter plane. While he initially told me the story in a fit of sleep-deprived goofiness, we quickly saw the lesson in it, crafting it into an empathetic treatise on how, when you live life to the fullest, sometimes you push yourself too hard–and that’s okay.

The folks at Harper Wave (the publishers) were cool enough to let me run an excerpt from the book here on the (Real) Nutrition Nerd. Initially, I wanted to run the F-16 Story, but then I changed my mind because it’s damn funny, so I want you to buy the damn book–which comes out today, dammit–and read it that way instead.

Instead, I picked a nutrition excerpt, given this is a nutrition blog and all. (Don’t worry. There are still funny bits below.) It’s a rundown of four supplements Tony thinks are especially important, with back up from his go-to dietitian, Heather Fitzgerald.