Ask The Nutrition Nerd: Should I stress out about inflammation? 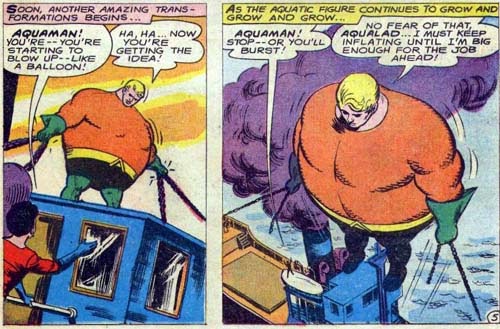 y’s question comes from my longtime buddy Andrew. Here it is.

What’s the deal with inflammation and what can I do to prevent it?

Ah yes, inflammation, a term that seems to be creeping into the hipster nutritional vernacular with increasing regularity.

The most important thing to know about inflammation is that, essentially, it’s a good thing, a vital part of the healing process. When you’re injured, or sick, or even worn out from a hard workout, your body wants to repair itself. Inflammation is part of its process. During inflammation, mediators–particularly cell-signalling proteins called cytokines and fatty acids with hormone-like qualities called prostaglandins–open up blood vessels (vasodilation), allowing enzymes, antibodies, white blood cells, and nutrients to enter the wound so they can fight infection and removing debris and bacteria.  (If you want to know more about the healing process, I go into much more detail in my Eating While Injured series.)

This process doesn’t need a bump, scrape or cut to happen. Basically, if something anywhere in your system isn’t quite right, the inflammatory paramedics are called in. Viruses and bacteria also generate an inflammatory response.

Inflammation becomes a problem when it goes on for too long. This can happen for a few reasons. It could be that an imbalance or lack of nutrients inhibits you from going to the next stage of healing. Or it could be that you continue to exacerbate the problem, not giving it the recovery time needed to heal. (In exercise circles, this is called overtraining.) It could be that you have some sort of auto-immune issue putting your body in a perpetual state of trying to heal something that’s not broken. Food allergies and intolerances are a classic example. Finally, it could be that you suffer from a hormone imbalance, as is the case when you’re over-stressed. Stress causes an over abundance of the hormone cortisol, which inhibits the healing process, leaving you in a prolonged inflammatory state.

How do I know if I suffer from inflammation?

The short, allopathic answer is to get your C-reactive protein (CRP) checked. This protein is one of those mediators we were discussing earlier and it elevates in the blood when there’s ongoing inflammation.

(Tip: If you plan on having your CPR checked, avoid strenuous activity for a couple days leading up to the blood test. Given hard exercise causes breakdown, it also raises CRP levels. My GP completely freaked out at my CPR levels after my last exam until he learned that I’d done 5000 feet of climbing on my bike the day before.)

Since it’s part of the healing process, inflammation is linked to just about every chronic issue a body can have, including heart issues, diabetes, arthritis, dementia, fibromyalgia, depression, and cancer. It’s also a player in the many ways we torture our bodies, including the aforementioned stress, as well as obesity, substance abuse, touring musicals based on popular seventies sitcoms, and overtraining.

Given this laundry list of causes, it’s no wonder that so many of us suffer from long-term, low-grade inflammation. And even if you’ve escaped it so far, there’s a good chance you’ll get nailed later down the line, so you might as well address the issue now.

There are two fatty acids you need to eat because your body can’t produce them itself. Omega-3 and omega-6 fatty acids are precursors to prostaglandins, those hormone-like substances we discussed earlier.

Omega-6 prostaglandins are inflammatory, but omega-3 prostaglandins are anti-inflammatory. Ideally, you’d have a balance somewhere around 1/1, but even 5/1 is great.  The western diet has a balance closer to 16 omega-6s to 1 omega-3. In other words, the only way the standard American diet could be more inflammatory would be if Ronald McDonald went door-to-door and personally gave every taxpaying citizen a daily french fry grease enema.

So I suggest that you balance things out a little. Foods rich in omega-3 fatty acids include fish (especially sardines, salmon, mackerel, and anchovies), flax seed, walnuts, and Brussels sprouts. Also, organic animal products–especially dairy–have a much higher omega-3 count.

As for omega-6 sources, you want some of them in your diet and it’s almost impossible to avoid them entirely. So I suggest you focus on avoiding the many vegetable oils that are rich in the stuff, especially safflower, grape seed, sunflower, and soy. Also, you want to avoid the various processed fat-based foods that utilize these oils, especially mayonnaise and bottled salad dressings.

2. Stay away from refined carbs.

This includes added sugars and processed grains. Some people call them “white carbs.” When I say “sugar,” I’m not talking about the natural sugars you’ll find in fruits, veggies, and whole grains. Those ones are fine because they’re buffered with fiber. What you want to avoid is the blood sugar spike that occurs when you consume white pasta, white rice, added sugars, white bread, and other carbs without the fiber needed to slow absorption.  Sugar spikes are unhealthy for a number of reasons, but in terms of inflammation, they can trigger the release of cytokines (those inflammatory mediators we talked about earlier).

On the same note, with all their nutrients and fiber, fresh fruits and veggies will go a long way towards fighting inflammation, so make them your go-to carb source.

And by “a drink,” I mean ONE drink. Moderate alcohol intake–one or two standard drinks a day–can lower CRP levels. More than that raises CRP levels. Of course, if you’re not a drinker now, this isn’t a good reason to start. A better reason to start might be if you’re an incredibly boring person.

Turmeric, garlic, cayenne, cinnamon, and ginger have all been shown to have anti-inflammatory properties. But they aren’t magic bullets. If you’re living a super pro-inflammatory lifestyle, you could have a turmeric transfusion and it still wouldn’t make a difference, but they can certainly help as part of a healthy diet. Think of them as Aquaman and The Flash. On their own, they don’t really do squat, but throw them in with Superman (omega-3s) and Wonder Woman (fruits and veggies) and you have yourself one bad-ass nutritional Justice League.

This one is pretty obvious, but I wanted to bring it up so that I could address the whole gluten thing. Long story short, the toxic effects of gluten are overhyped. Yes, we as a culture eat too many gluten-containing grains. Yes, if you have a gluten allergy or intolerance, it can cause inflammation–but so can soy, nuts, shellfish, dairy and all the other common allergens. If you don’t have an allergy or intolerance, gluten isn’t going to be an issue for you.

I do think it’s worth addressing any potential gluten issues with an elimination diet. In so doing, you’ll also be checking on your relationship with these other allergens. But if you’re serious about fighting inflammation, for most people, every other suggestion on this list is more important. I can’t tell you how hard it is to bite my tongue every time I see some bozo at a party knocking back the margaritas and shoveling gluten-free brownies into their yob as they lecture the crowd on the evils of wheat.

News flash: You’re not being healthy. You’re being trendy. Trendy and, thanks to all that sugar, inflamed.

Prolonged stress means prolonged cortisol. I explain this in detail in this Beachbody Newsletter article. In short, cortisol is a stress hormone designed to make your body literally battle ready. It raises your blood pressure, keeps blood sugar up, and depresses non essential systems, including immune function.

So, when you’re stressed, your immune system is in the unfortunate position of needing to clean up the perpetual mess being caused by cortisol while simultaneously being hampered in its efforts. Inflammation-o-clock! It’s kind of like when you’re trying to give your drunk MMA fighter friend a ride home but he keeps punching you in the kidneys the whole time. (That’s happened to all of us, right?)

The solution is to cut stress. How you do this is up to you, but a couple of options that I prefer are exercise and mediation.

So you see, all and all, it’s not that tough to get inflammation under control. A little fish, a little wine, a lot of veggies, and the occasional spin on your fixie. You’ll be hipster healthy in no time!

2 thoughts on “Ask The Nutrition Nerd: Should I stress out about inflammation?”