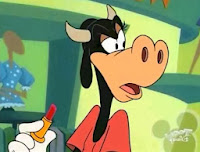 This weeks big non-news item comes courtesy of everyone’s favorite toothless watchdog, the FDA, who announced new recommendations regarding the use of antibiotics–and by “new” I mean “worthless.”

The Food and Drug Administration took steps Wednesday to try to phase out the use of certain antibiotics in livestock and ensure that drugs given to animals on factory farms are prescribed by veterinarians to prevent and treat diseases, rather than merely to boost growth.

The agency finalized recommendations asking animal drug manufacturers to voluntarily alter their labels so that farmers would no longer be allowed to use antibiotics merely to make animals grow faster. In addition, the agency wants to curb over-the-counter sales of antibiotics and require farmers to get approval from a veterinarian before administering the drugs to livestock.

So basically, the government is proposing changes that have more loopholes than a goth Starbucks barista’s ears. The Post’s Wonkblog does a pretty good job of explaining the situation in depth, but here’s a Cliffs Notes version, with a few of my own caustic observations thrown in.

The livestock industry regularly feeds cows, pigs, and chickens a cocktail of antibiotics for a few reasons. First, they cram these animals into inhumane spaces where they stand around in their own feces. Antibiotics prevent these animals from contracting a laundry list of hellish diseases that any living creature would catch in a similar situation.

Second, the cocktail helps the animals grow freakishly large so that there’s more meat to sell. These are the antibiotics that the FDA is asking the industry to voluntarily stop using, in much the same way I’d like that ass-hat who lets his dog poop on my lawn to voluntarily scoop it up.

The reason for the new recommendations is that the practice helps to create antibiotic-resistant super bugs that might wipe humanity off the map in some sort of 21st century plague.

Okay, so maybe there’s a little hyperbole there, but it’s mostly true. In the states, 2 million people get sick every year from drug-resistant bacteria and 23,000 die. One reason for this is that the livestock industry pumps 80% of all antibiotics into animals, creating a sort of bacterial Tough Mudder, allowing the little bastards to adapt, Nietzsche-style, into the super bugs that are making people sick.

So the FDA has decided to solve the problem with this math: Inhumane space antibiotics=good. Freakish growth antibiotics=bad–but only with that’s cool with you, Mr. Livestock Industry Executive, sir.

The line between these two livestock antibiotic uses strikes me–and probably most of you–as impossibly vague. To rectify this, the FDA recommendation require farmers to get a veterinarian to prescribe antibiotics. At first blush. this seems pretty cool, but when you think about it, it’s about as useful as a styrofoam hammer. First off, the balance of power between the livestock industry and vets is completely different from the one you have with your doctor. If you don’t like your healthcare provider, he or she doesn’t need to care all that much. Even if you’re not tied to him or her thanks to your insurance plan (or lack thereof), he or she can still make a fine living without you as a patient. On the other hand, what if you’re a vet and you piss of your multi-million dollar industry client because you’re not willing to juice-up his thousands of cows? Uh-oh! That BMW ain’t gonna pay for itself!

Furthermore, by adding this layer, the FDA has given the industry a scapegoat. Let’s say that the FDA grows a pair in future “phases” of this plan by increasing regulation–and then some multinational conglomerate–I mean, some farmer–gets caught illegal doping. Guess who’s going to hang? The vet! After all, he’s the “expert,” right?

I have no problem with people eating meat. We’re omnivores. Our guts are designed for it. What bothers me is people eating drug-laced, nutritionally-inferior meat from an animal that lived a retched, doped-up life. Sure, I understand that if we completely reformed the industry, meat and other animal products would be more expensive, but so what?  Humans don’t need nearly as much protein as we currently consume. What’s more, low-quality animal products just aren’t good for you. A recent study out of Washington State University showed that organic (antibiotic-free) milk contained 62% more anti-inflammatory omega-3 fatty acids and 25% less pro-inflammatory omega-6 fatty acid than conventional milk. I’m certain similar research on meat would show similar results.

So here’s what I suggest. Let’s send a message to the meat industry and its FDA butt boy. If you eat meat, go organic, grass-fed, free-range, cage-free, the whole proactive enchilada. That means you’ll be going antibiotic-free and hormone-free–and the animal will be at least minimally better treated. If there’s a price issue, eat less meat. If you truly feel you need the extra protein (which you probably don’t), fill your diet with legumes, nuts, seeds, whole grains, quinoa, hemp, tempeh, leafy greens–all these things have protein in them.

If you need more help than that, here’s a guide to eating protein I wrote recently.

At the end of the day, there’s not much the government can do to fix this situation–and as long as the industry pulls a profit, it’s not going to change anything either. So instead of waiting for them to put healthy, humane food on our plates, we need to take the lead and do it ourselves.

One thought on “The FDA’s lame livestock antibiotics anti-recommendations”