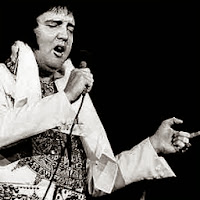 For years, the pharmaceutical industry has scrambled to be relevant when it comes to addressing the obesity epidemic. Let’s take orlistat, a pill that inhibits lipase, the digestive enzymes that breakdown fat, so that when you eat fat–including the good kinds of like omega-3 fatty acids–you don’t digest it, you just poop it out. In other words, orlistat inhibits your body from a completely healthy, normal process so that you can eat more crap instead of trying to control your portions.

Look, I’m cool with perscription drugs. When used right, they can be super helpful–Lord knows I’ve taken my fair share over the years–but I find the idea of doping up to avoid chowing down to be most troubling. Case in point, appetite suppressants, many which are amphetamine-based such as phentermine/topiramate and Vyvanse, an ADHD medication currently in clinical trials as a potential solution to binge eating disorder (BED).

I’m not a doctor, but I’ve seen many an every, last episode of Star Trek TOS–not to mention all the movies–so I know my way around a medical tricorder and, in the words of Dr. Leonard “Bones” McCoy when he first witnessed 20th century medicine in Star Trek IV: The Voyage Home, “What is this, the Dark Ages?”

We’re all more-or-less on the same page that food addiction is a real thing, whether it’s physiological or psychological.

Stimulants like amphetamines are supposed to help with overeating by dialing up dopamine, a feel good hormone in the brain. This serves as an appetite suppressant because overeaters tend to indulge not to fuel their system, but because eating makes them feel good–and if they already feel good, why bother? The only problem is, as anyone who’s ever googled “Fat Elvis” knows, they don’t work very well– and they’re also super addictive. Where’s the logic in stacking one addictive substance onto another? (I say “stacking” instead of “replacing” because even if you’re on speed, you still gotta eat. It’s not like methadone, which facilitates cessation. Look at Fat Elvis! If they didn’t work for him, why the hell would they work for the rest of us?)

And it gets even worse in the case of BED, where it’s an addiction AND a compulsive disorder. It seems to me that anyone susceptible to binging is also going to have a tough time not reaching for their little orange CVS bottle every time a Snickers commercial hits them in a tender spot. Maybe if Vyvanse were prescribed with therapy, a solid exercise program, and a nutritionalist’s advice, it might work as a stop-gap as lasting solutions are explored–but when’s the last time something like that happened in our health care system? is It doesn’t seem like good medicine to me. It seems like a quick fix and a new way to sell drugs.

Pablo Escobar would be proud.