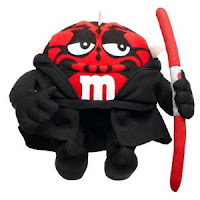 After years of conjecture and speculation, scientists have finally figured out that high fructose corn syrup (HFCS) is, indeed, slightly worse for you than regular sucrose.

But before the big reveal, a little background. People often vilify HFCS, mistaking it for pure fructose, which researchers believe can cause a number of problems, including high blood pressure. That said, there are other schools of thought that point to fructose as a good sweetener for diabetics because it’s lower on the glycemic index. Either way, the truth is that sucrose – common table sugar – is 50% glucose and 50% fructose, while HFCS is typically 45% glucose and 55% fructose. It’s really not that much of a gap.

However, researchers at the University of Florida now feel that 5% makes a difference.

Okay, so I admit, “Boo, HFCS!” but before you Mexican Coke drinkers out there have yourselves a fiesta de azúcar, keep in mind that this isn’t a black-and-white discovery. It’s not like sucrose is Luke Skywalker and HFCS is Darth Vader. They’re both awful; it’s just that one is slightly more awful. So if sucrose is Darth Vader, then HFCS is Darth Maul. (I didn’t use Jabba the Hutt in this comparison because, seriously, he’s more of a victim when discussing matters of obesity. I also left out Emperor Palpatine because I like to save him for Monsanto similes.)

Any added sweetener is bad for you at the levels you get them in sodas, candy, and snack bars. If you think you’re being super healthy because that on-the-go bar you’re chomping on is sweetened with agave nectar, you’re deluding yourself.  (Of course, there are times when sugars can be okay, like when targeted around exercise, but that’s a different issue. I’m talking over-the-course-of-the-day eating.)

So keep in mind that, while HFCS might mess with your blood pressure a little, any sweetener is going to increase your chances of diabetes, obesity, acne, etc.

Contrary to the words of the great M.C Hammer, it’s all bad, bro.