Loving Advice, What The Hell Is That?

The Revenge of Saturated Fat

WARNING: Today’s Real Fitness Nerd post goes to 11 on the Geek-o-meter, so make sure to have your pocket protector firmly in place before reading. In the event of a water landing, simply empty your Big Gulp of Mountain Dew and use the cup as a floatation device. 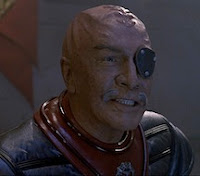 A few months ago, loyal Nerd Herders may remember that a post questioning saturated fat was discovered by a pack of rabid paleo eaters. I made a few attempts to debate with them, but it was a little little like trying to debate the sanctity of the pope with the guy who makes his big hats, so I cut and ran, letting them overwhelm my comments section with vitriol.

But, as the Klingons say, “bortaS bIr jablu’DI’ reH QaQqu’ nay,” so by no means did I walk away from the topic entirely. Much like Rocky, I hunkered down in a Philadelphia meat locker and punched sides of beef until I had absorbed all of western science’s collected understanding of the saturated fats from the flanks I was so passionately abusing. In other words, I still have no idea if saturated fat is good or bad for you – and neither does anyone else. I do, however, have two theories.

1. I can find no convincing arguments why saturated fat is better for you than unsaturated fat or that it has any special benefits in the context of the standard diet. The body produces it on its own, so I see no reason we need to consume it. That’s a little like saying we need to eat straight glucose because our body manufactures that too.

2. I believe lumping all saturated fats together would be like throwing the baby out with the bathwater in that more research needs to be done differentiating between the various saturated fats, or at least between long and short chain saturated fats.

Before I go into more detail, here’s a little background.

Contrary to what many a fad diet book will imply, humans need to eat fat to survive. Among other things, it serves as an energy source. It acts as a transport for fat-soluble nutrients such as vitamins A, D, and K, as well as several phytonutrients. It adds structure to cell membranes and acts as a regulator for several hormones.

If eaten properly, PUFAs are good for you, but we tend to eat an imbalanced ratio of them (too many omega-6s and not enough omega-3s), which can lead to inflammation issues. Also, PUFAs aren’t very stable and when they go off (or “oxidize”) they become bad for you. If you avoid eating overly processed or heated PUFAs and get as many omega-3s as possible, you should be okay. (If you’re going to write in and flame about PUFAs, don’t bother. I just saved you a lot of effort by summing up all your arguments, only without the annoying spin. No need to thank me.) 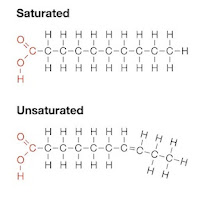 All fat is made up of chains of atoms. The difference between sat fat and unsat fat is that, simply, a few carbon atoms in unsaturated fat aren’t “saturated” with hydrogen atoms. Monounsaturated fat has one loose atom. Polyunsaturated has more.

And as long as we’re geeking out about chemistry, I’ll also point out the fact that different fats have different amounts of atoms. That’s what people mean when they refer to long, medium, or short chain fatty acids. Remember this. It’ll be important later.

Although I read a shitload of books to reach my conclusions, I have two primary sources. The first is a 2001 review by the Harvard School of Public Health in the Journal of the American College of Nutrition entitled “Types of Dietary Fat and Risk of Coronary Heart Disease: A Critical Review,” which pops up in a wide array of writings on the subject, from Catherine and Luke Shanahan’s Deep Nutrition to (my personal hero) Michael Pollan’s In Defense of Food.

My second source is the most authoritative (read: not lame or poorly researched) pro-sat-fat book I could find: Dr. Mary Enig’s Know Your Fats. (Enig was the first real whistle blower on the dangers of trans fat, decades before the rest of the world figured it out.)

To my shock, Enig gave only two instances where she felt saturated fats were of particular benefit. First, she suggests, “research has shown that saturated fat in the diet is needed by the body to enable it to adequately convert the essential omega-3 fatty acid (ALA) to the elongated omega-3 fatty acids EPA and DHA.” I found the study she cited and it turns out that she got it wrong(ish). According to Gerster, sat fats are marginally better than PUFAs for helping ALA convert, but not “needed.” Furthermore, this advice only really applies to vegans and vegetarians, given a healthy, more omnivorous diet should include EPA and DHA-rich foods such as fatty fish.

If you’re looking for a little 411 on this ALA/EPA/DHA nonsense, read this.

Second, Enig states, “there is strong evidence that some of the medium-chain SFAs such as lauric acid are essential since they are needed for maintaining the natural ability of the individual to fight potentially harmful microorganisms.”

Annoyingly, she didn’t properly cite this claim and my research only uncovered studies that either applied to soap or food packaging. These are excellent uses of lauric acid, but The Fitness Nerd hasn’t eaten soap since he was about five (not willingly, at least) and has only once eaten food packaging (I thought it was an especially chewy burrito) so the validity escapes me.

That said, lauric acid (the stuff you get in coconuts) may not be essential, but it could be beneficial. Here’s a study showing lauric acid raised HDL cholesterol in subjects, potentially making it a “heart healthy” fatty acid.

In other words, some sat fats mess with cholesterol and others don’t. So, while saturated fat haters were too quick the judge, saturated fat lovers are also a bit hasty in categorically embracing this nutrient. Maybe the truth lies in looking at the various saturated fatty acids individually and weighing up their individual benefits and drawbacks.

At the end of the day, I think the answer is to focus on your own biochemical needs. Even Enig admits, “there isn’t any real evidence that everyone needs to consume exactly the same balance of fatty acids.” She also points out that it’s naïve to categorize most foods as sat fats or PUFAs, given both animal and plant-based fat sources tend to be a mix of both. With that in mind, the answer might be as simple as a little self-analysis. Is your current diet working for you? How do you feel? How’s your blood work? Are you having any issues such as inflammation or high LDL cholesterol? If all this looks good, your sat fat levels are probably pretty right for you. If not, it might be time to start experimenting a little, no matter what your Crossfit trainer tells you.

25 thoughts on “The Revenge of Saturated Fat”