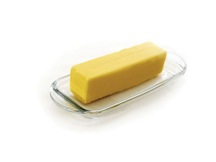 In the last few years, a number of “experts” have become quite vocal with the notion that saturated fat isn’t bad for you. They drive me a little nuts, to be honest, because they all fall back on the same three, flawed arguments.
I want to focus on the third one today, but let’s blow through those first two quickly. Regarding those indigenous people, they lived in toxin-free environments, ate entirely natural diets and exercised huge amounts. Could it be that they were healthy in spite of the saturated fats? Furthermore, the amount of saturated fats they actually ate is up for some degree of speculation. Even when they nail down numbers of these “high saturated fat” diets, it’s not that much fat. From Whole Health Source:

The Kitavans also eat an amount of coconut fat that would make Dr. Ancel Keys blush. Dr. Staffan Lindeberg found that they got 21% of their 2,200 calories per day from fat, nearly all of which came from coconut. They were getting 17% of their calories from saturated fat; 55% more than the average American. Dr. Lindeberg’s detailed series of studies found no trace of coronary heart disease or stroke, nor any obesity, diabetes or senile dementia even in the very old (6, 7).

First, there’s the whole coconut saturated fat versus animal saturated fat issue, which I’m going to save for another blog. Them there’s the fact that 21% fat is bordering on a low-fat diet, so lipid advocates should probably tread softly when mentioning the Kitavans. Third, the rest of their moderately low-calorie diet was “root vegetables (yam, sweet potato, taro, tapioca), fruit (banana, papaya, pineapple, mango, guava, watermelon, pumpkin), vegetables (and) fish.” Sorry, fellas, but there are just too many confounding variables in there to elevate saturated fat to “must eat” status.
Next, the whole refined carb thing. I’m just going to say this: Has it ever occurred to you that both bad carbs and bad fat could be the problem? What is it with nutrition “experts” and their mutually exclusive villains? 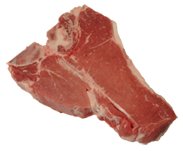 Now, let’s move on to #3, the heart disease thing. Some of the research in the past might not have been spot-on – and that’s compelling, but here’s the deal: Heart disease isn’t the only illness that saturated fat might play a part in. All these pro-sat-fat sites are happy to warble on about heart disease, but they all seem to side step the increasing body of evidence linking saturated fat to cancer, including…
Cancer of the small intestine.
Prostate cancer.
Breast cancer (particularly milk, meat, and cheese.)
And why stop at cancer? Researchers at UC San Diego have a found a link between saturated fat and type 2 diabetes.

Senior author Karin, first author Ryan G. Holzer, PhD, formerly a graduate student in Karin’s lab and now at the Mayo Clinic, and colleagues began with the observation that saturated fatty acids, such as palmitic acid, are potent activators of Jun kinases (JNK), key regulatory molecules implicated in the development of type 2 diabetes, insulin resistance, obesity and atherosclerosis. However, unsaturated fatty acids such as palmitoleic acid (POA) and eicosapentaenoic acid (EPA) not only do not activate JNK, but actually block JNK activation by palmitic acid.

This is hard science. It’s not some bare-chested beef-o-phile trying to pitch his blueprint book. It’s not some conspiracy theory “foundation” looking to Eskimos for advice on modern living. (The fact that it never occurred to them to drop down a few latitudes when it got chilly kind of discredits them for me personally.) These are serious scientists breaking down our relationship with food on a cellular level. They should be listened to.
Don’t get me wrong. I’m all for ancient wisdom and traditional cures. I’m in the middle of getting a masters in holistic nutrition, for Pete’s sake! But in the same way I think the anti-bad-carb and anti-bad-fat crews need to work together,  I think that the fringe needs to check in with the mainstream sometimes to make sure that they’re not spouting lunacy.
cancer, diabetes, saturated fat