Ask The Nutrition Nerd: Should you lick your salt habit? 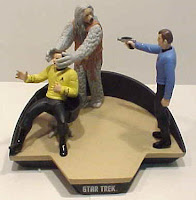 Our question of the week comes from Krissy, a proud member of the Facebook branch of the Nerd Herd:

This morning… my little cousin posted “No salt allowed in schools, really guys?’ I responded back with “You don’t need salt, the food you are eating already has sodium in it, go buy Mrs. Dash or pack your own lunch.”

Then I get this response “Actually, our bodies NEED salt! Anything in excess is bad for us. 🙂 When I was a child, salt tablets were given out in dispensers at the Air Force Base (in Georgia) where my dad worked.” Wanna take this one…..your thoughts?

Thanks for writing in, Krissy. Sadly, your little cousin suffers from a condition we in the fitness trade refer to as “ignorance.” As you pointed out, the Standard American Diet (SAD) has pul-lenty of salt in it without adding any, so unless the child in question is an endurance athlete living in a severely hot climate, in all likelihood, there’s no reason whatsoever for them to add salt to their diet.

That said, it’s understandable why your cousin is so vastly ill-informed. She is correct in that salt is, indeed, necessary to human life, but beyond that, her knowledge bus takes the dopey onramp into Foolish Town.

(I could just keep going all day insulting your cousin – nothing funner than trashing someone you’ve never even meet via a third party – but maybe I should answer your question instead.)

Sodium in an essential mineral, or electrolyte if you want to get fancy about it. The main thing it does is maintain fluid balance in the blood. It also works alongside potassium to aid nerve function and muscle contraction, but let’s focus on the fluid thing. Simply put, too much sodium means too much fluid in your blood (hypernatremia). Not enough sodium means not enough fluid in your blood (hyponatremia). Luckily, your adrenal glands can help maintain this balance.

In theory, if you consume too much sodium, you’ll just pee (or sweat) it out, but some people are salt-sensitive. This means that excess consumption will jack up blood volume levels, which increases blood pressure. This is also called hypertension. There’s no easy way to determine salt-sensitivity, but the elderly, women, and black people tend to be more susceptible. That said, kids are also susceptible to hypertension, as spelled out in one of my previous posts.

(Even less salt for kids? Hmmm… it appears your cousin’s knowledge bus is spending the night in Foolish Town at the Ill-Informed Inn.)

When you hold 1500mg up against the SAD, things get a little embarrassing. According to the Mayo Clinic, the average American consumes about 3400mg of sodium per day. Yikes!

So, there are very, very few times that anyone needs to add salt to their diet. The most obvious being if you are a salt vampire from the planet M-113. While better-informed readers might feel compelled to point out that Bones phasered the last, known salt vampire in the Star Trek episode “The Man Trap,” it’s worth noting that said episode takes place in the year 2266AD, so technically, they’re still around at this writing.

Another situation that might require additional salt intake is if you are an endurance athlete. As I noted previously, we sweat out excess sodium. My buddy Steve Edwards recommends that the best way to deal with this is to keep sodium down in general, but jack it up for training and competition. From The Straight Dope:

Athletes need to worry about hyponatremia, a life-threatening situation where sodium levels are diluted due to sweating and excessive water consumption. However, randomly consuming more sodium along with more water does not seem to be the best course of action. Instead, athletes who lessened both water and sodium intake to 24-28 ounces of water and 300-600mg of sodium/chloride, along with other electrolytes (calcium, magnesium, potassium) per hour while training and racing, along with lowering their overall daily sodium consumption, performed best. The bottom line was that athletes who lowered their overall salt intake and only increased it based on the needs of their daily training performed best.

A final case where adding sodium might be a good idea is if you’re in a highly active job, outdoors, in an excessively hot climate, such as a military base, in Georgia, in the summer. That being said, I’d be surprised if the military still uses salt pills, given it’s a really obsolete way of increasing sodium levels. (This Field & Stream FAQ suggest they don’t.) But if you’re in a situation like this, and you know for a fact that your diet isn’t particularly high in sodium, you’re much better off using a sports drink instead of a pill. That way, you’re also rehydrating and getting other electrolytes you’ve lost. (The same advice stands for endurance athletes. Salt vampires, however, seem to do best when leeching sodium directly from human beings – although I question the ethics of this.)

How’s that work for ya, Krissy?

8 thoughts on “Ask The Nutrition Nerd: Should you lick your salt habit?”