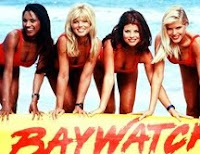 To be honest, I’m a little nervous about posting today. I’ve been burned in the past by bogus April Fools studies. One of the downfalls of writing a blog that mocks idiocy is that the tables can turn very quickly and the mocky can become the mocker, so I figured I’d hedge my bets by commenting on two news items. That way, if one turns out to be a jest, I’ll just come across as a partial boob, not a complete boob.

Candy-coated science. A new study in Nutrition Research claims that eating candy can be beneficial.

Good news for candy and chocolate lovers: they tend to weigh less, have lower body mass indices (BMI) and waist circumferences, and have decreased levels of risk factors for cardiovascular disease (CVD) and metabolic syndrome, according to a new study(1) published in Nutrition Research.

The findings are positive, but lead researcher Carol O’Neil, PhD, MPH, LDN, RD, Louisiana State University Agricultural Center, cautions it is all things in moderation. “We certainly don’t want these results positioned as eating candy helps you to lose weight,” she said. “This study adds to the evidence base that supports candy’s role as an occasional treat within a healthy lifestyle.”

I flip flopped three times when I read this. First, I was all, “Rad!” Then I noticed that is was supported by the National Confectioners Association and I was all, “Bad!” Then I thought about it for a minute (I do that sometimes, despite popular belief) and it occurred to me that we need to apply a little chicken or the egg logic. Normal people eat a little candy. I am routinely ridiculed by friends and family alike for being a nutrition fascist, but I still spirit away the occasional mini-Snickers from my kid’s Halloween stash. If you don’t eat candy, odds are you’re either really uptight, which is going to screw with your cardiovascular health, or you’re trying to lose weight, which means you’re probably overweight. So I question if the candy is doing you any good. I think it’s just that you’re healthy and relaxed to begin with. In other words, don’t use this study as an excuse to eat candy if you’re overweight. That will make you a complete boob.

Some diabetes with your double latte? Here’s new research suggesting that the combination of fatty food and caffeine increases blood sugar spikes.

“The results tell us that saturated fat interferes with the body’s ability to clear sugars from the blood and, when combined with caffeinated coffee, the impact can be even worse,” said Beaudoin, a PhD student who conducted the study with U of G professors Lindsay Robinson and Terry Graham. “Having sugar remain in our blood for long periods is unhealthy because it can take a toll on our body’s organs.”

And here’s my favorite part:

“We have known for many years that people with or at risk of Type 2 diabetes should limit their caffeine intake. Drinking decaffeinated coffee instead of caffeinated is one way to improve one’s glucose tolerance. Limiting the intake of saturated fatty acids found in red meat, processed foods and fast food meals is also beneficial. This study has shown that the affects of these foods can be severe and long lasting.”

I love that the first bit of advice they give isn’t to lay off the fatty meals, but rather to limit the one factor in the equation that’s actually been shown to have some health benefits. But this is a genuinely useful study, so I will cut them some slack and grant partial boob status.

Thanks to Science Blog for aggregating these studies for me, making the job of mocking them so much easier.

2 thoughts on “The Friday News Fiesta!”