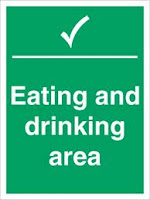 You can get addicted to just about anything. From what I understand, that’s the basic point of Alcoholics Anonymous, replacing one dependency with another considerably more benign dependency. People close to George W. Bush claim he replaced his alcohol addiction with an exercise addiction.

So this study in the Archives of General Psychiatry showing obese people tend to have more of a history of alcoholism in their family, thus linking food and alcohol addiction, isn’t surprising. From The New York Times:

The people surveyed were asked whether a relative had “been an alcoholic or problem drinker at any time in his/her life,” a question repeated for several types of relative — mother, father, brother, sister, half-sibling and children. Participants also reported their own weight and height, so body mass index could be calculated (B.M.I. is a calculation of weight in kilograms divided by height in meters squared, and a result of 30 or more is considered obese).

The fact that this link existed in the 2001-2 phase of the study, but not the 1991-1992 phase, is all the more telling. Clearly, the reason, as pointed out in Dr. David Kessler’s amazing treatise “The End of Overeating,” is that “hyperpalatable” foods are on the rise. Kessler theorizes that today’s foods have been engineered to the perfect point of saltiness, fattiness, and sweetness. It just tastes so good, and it’s just so accessible. Where once higher-fat ice creams were premiums and adding crushed candy bars or other extras as toppings was a novelty, these practices have now become the norm. And while all these rich foods damage the waistline, they cause majorly gratifying chemical reactions upstairs. Here’s my review of the book.

In other words, it’s looking more and more like food addiction is a real thing.

But at the same time, you’re probably not addicted to food. There are a lot more people who just drink too much than there are actual alcoholics. On the same note, just because you overeat, it doesn’t mean you’re addicted. And even if you are, admitting it shouldn’t be an excuse to wallow in a tub of Ben and Jerry’s Chunky Monkey. You’ve said it out loud and you’ve owned it. That’s a good thing. Welcome to the world of telling great truths. Now, go get Kessler’s book and start fixing the problem.

One thought on “Food Addicts Unite!”