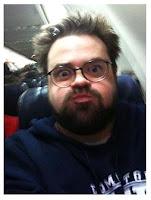 Hold on tight, Nerd Herd. I’m going all cuttin’ edge today with a study from the journal Nature Medicine regarding a hormone called adiponectin that could potentially prevent cell suicide. This, in turn, could have an effect on everything from diabetes to weight loss to heart disease to cancer.

I know, I know. It sounds like some seriously tricky science, but don’t stress. It’s the hump day between two long weekends and the last thing you want to do is think, so I’ve done all the thinking for you. Just pour yourself a cup o’ joe, lean back in your ergonomic office chair, and relax whilst I speechify all fancy-like.

Long story short, ceramides are a kind of lipid (fat) molecule that cause cells to kill themselves. They can be problematic for many reasons, including the fact that when you have too many of them, they interfere with insulin, and that can cause diabetes.

Here’s the cool part, part one: When scientists injected adiponectin into the cells, the ceramides stopped killing them and started helping them live longer, thus helping fight diabetes.

Adiponectin, which Dr. Scherer discovered in 1994, not only controls sensitivity to insulin but also is known to play an integral role in metabolism and obesity. Prior research has shown that when adiponectin levels are high, the body stores excess fat in adipocytes, or fat cells, to protect against possible starvation during lean times. These fat deposits lie primarily in the subcutaneous tissue.

Okay, so I lied. I said you wouldn’t need to think and then I throw that out there. Well, suffer. You should know me well enough to know what you were getting into when you started reading. Still, I’m kind and giving, albeit in a dickish sort of way, so here are the Cliff Notes of the above quote: When you get too fat, you have less adiponectin and that triggers your body to store fat in places where fat is a bad thing, like the heart, liver and muscles. This can lead to heart disease.

So, with all this in mind, tracking adiponectin levels is a good way of predicting these health issues. I’m not 100% sure how cancer works into this, but whenever something goes wrong with one’s guts, cancer seems to jump into the mix, so I’m not surprised.

At this point, I’m going to take off my “gee whiz” hat and put in my “cynical bastard” hat. Here’s what I’m wondering. If you inject adiponectin into cells to ward off diabetes, will it also trick your body into continuing to store fat in “healthy” places, keeping your heart, liver, and muscles fat-free? Will this allow you to be obese without worrying about these issues? I’m guessing there’s already a pharmaceutical company hard at work on these questions. And if it all pans out, I’m sure the pill they release will be a smash hit and the ad campaign (“Be healthy AND huge at the same time!”) will gloss over all other obesity-related issues, such as arthritis, sexual dysfunction, and lack of airline seating.

Or maybe they’ll just do the right thing and use this research for helping people with diabetes. Shortly after that, they’ll create peace in the Middle East and deliver fuzzy, white bunny rabbits to all the good boys and girls of the world. The End.