It costs a lot to weigh a lot 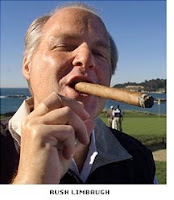 Although the notion that obesity drives up health care costs has been around for a while, a new study out of George Washington University shows that’s not the only expense. Once you account for other factors, such as lost productivity and how much more gas your car needs to lug your rump around, the price tag for being obese is, on average, $2,646 for a man and $4,879 for the ladies.

Seriously? What are you doing to yourself, America? You know how many Big Macs that would buy?

Okay, yeah, that was a cheap shot, but you get the point. (For the record, approximately 645 burgers for boys and 1190 for girls, including tax.) It’s just another reason to get your weight down, as if the risk of death wasn’t incentive enough. And for women, here’s yet a fourth reason: fat-related sexism. Get a load of this tidbit from CBS:

Why the difference between the sexes? Studies suggest larger women earn less than skinnier women, while wages don’t differ when men pack on the pounds. That was a big surprise, said study co-author and health policy professor Christine Ferguson.

Researchers had expected everybody’s wages to suffer with obesity, but “this indicates you’re not that disadvantaged as a guy, from a wage perspective,” said Ferguson, who plans to study why.

Of course, there are those who feel this is all a giant skinny conspiracy. Rush Limbaugh, for example, had this to say last year on the topic of obesity-related health care costs:

I think those of you that regularly exercise — playing softball, baseball, basketball, soccer, mountain biking, running, rock climbing, skiing, skating, running — you’re the people getting injured. You’re the people showing up at the hospital with busted knees and tendons and skin cancer, ankle sprains, knee and hip replacements, broken bones, concussions, muscle, ligament, tendon, cartilage strains and tears, tendinitis, rotator cuff tears. All you exercise freaks, you’re the ones putting stress on the health care system. What happens when people don’t regularly exercise and keep their weight relatively under control? Nothing! They probably don’t even know their doctors’ names. So you’re urging to go out there do all of this stuff and you’re ending up in the hospital all the time with these injuries and some people think these injuries are badges of honor. A knee surgery scars a badge of honor shows toughness. Yeah. Toughness, somebody else has to pay for.

And here’s a super-smart retort on the News with Numbers blog statistically showing that sports-related injuries are a fraction of our total health care costs.

I wonder if Rush will have a comeback for this latest study? Maybe he’ll say that being obese is patriotic because it stimulates the economy. If he does respond, someone let me know. I’m typically surfing (thus further burdening the health care system) when his show is on.

One thought on “It costs a lot to weigh a lot”