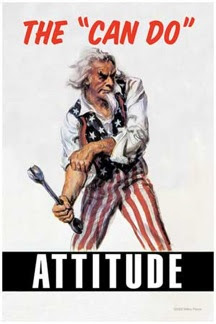 Here’s a tale of two countries for ya.

Long story short, a Harvard study of 34,000 middle-aged women showed that, in order to avoid the flab that creeps up with age, you need to exercise at least an hour a day. Normally, I wouldn’t know what to write about this in The Fitness Nerd because, well, duh. But what I did find newsworthy was the way it was reported on from two different sides of the Atlantic.

The BBC reported in a pretty straight fashion, then rounded out the article with a discussion of England’s national policy on exercise.

A Department of Health spokesperson said: “The Chief Medical Officer recommends that adults do 30 minutes of physical activity at least five times a week. Children need 60 minutes of activity every day.

“As part of the Change4Life movement, adults are being encouraged to make simple changes, such as eating more fruit and veg, cutting down on fatty foods and being more active, in their diet and lifestyle which will help them lead longer, healthier lives — and lose that unwanted spare tyre.”

There are two things I like about this. First, of course, is the weird way Brits spell “tyre.” Second, the story supplies other options for those who want to get healthy if an hour a day seems too daunting.

Over here in the states, MSNBC took a different angle. The headline says it all: “Hour of Exercise? Yeah, Right!”

Healthy middle-aged women in America will be hard pressed to get in the full hour of moderate exercise it will take to avoid gaining weight as they age, and it may be too challenging for some.

Nice attitude, MSNBC. I’m a little sick of the “I don’t have time to exercise and I can’t afford to eat right” attitude our increasingly obese country has. I do admit that there are people who genuinely don’t have time and I feel for them, but they’re in the minority. Americans seem to have time to watch their giant, flatscreen TVs for hours on end, don’t they? Or are they buying all those blu-rays and video games to use as drink coasters for the coffee they must need to fuel their 24/7 work addiction? An hour isn’t that tough — and no one said it had to be a set-in-stone 60 minutes on the treadmill. Walk to the store. Take the stairs. Play with your kids. If you fill the cracks of your schedule with physical activity, you’ll get the exercise you need and that spare tyre will be history.